Human beings to become part of the Internet Of things 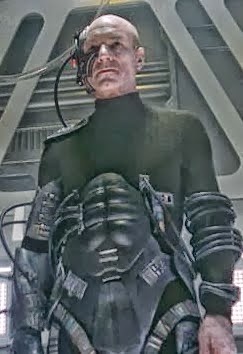 Looks like human beings are set to become part of the Internet Of things if the work being undertaken in University of California is carried through to it's logical conclusion... we are the nexus?

A key feature is very cheap radios, etched right into silicon. There’s one in your smartphone. But now prices are falling to around $5. As they get cheaper, it’s becoming affordable to connect more things, like sewer pipes or trash cans. At the University of California, Berkeley, researchers are even designing computers the size of a pinhead to collect data inside the brain and transmit it through the skull. The idea is that human bodies will join the network, too.