traffic light hacking a red light for the internet of things? 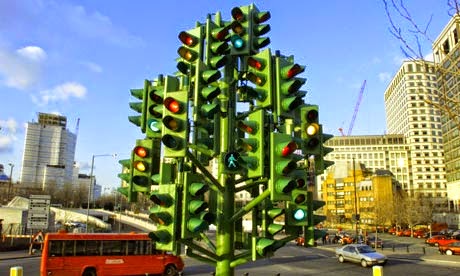 Researchers claimed in a recent post that the traffic control systems of major US cities are at the mercy of hackers, who can create traffic snarls by sending vehicles in the wrong direction.
According to IOActive security researcher Cesar Cerrudo, the vulnerable system is Sensys Networks' VDS240 wireless vehicle detection systems, which have been installed in major US cities and countries.
Cerrudo added that the systems include magnetic sensors which are installed in roadways to feed traffic data to access points and repeaters, which in turn send the data to traffic controllers.
Due to a lack of security protection including encryption and authentication, incorrect data can be sent to traffic controllers to create traffic chaos. http://www.cbronline.com/news/security/traffic-control-systems-vulnerable-to-hacking-010514-4256281
hack internet of things