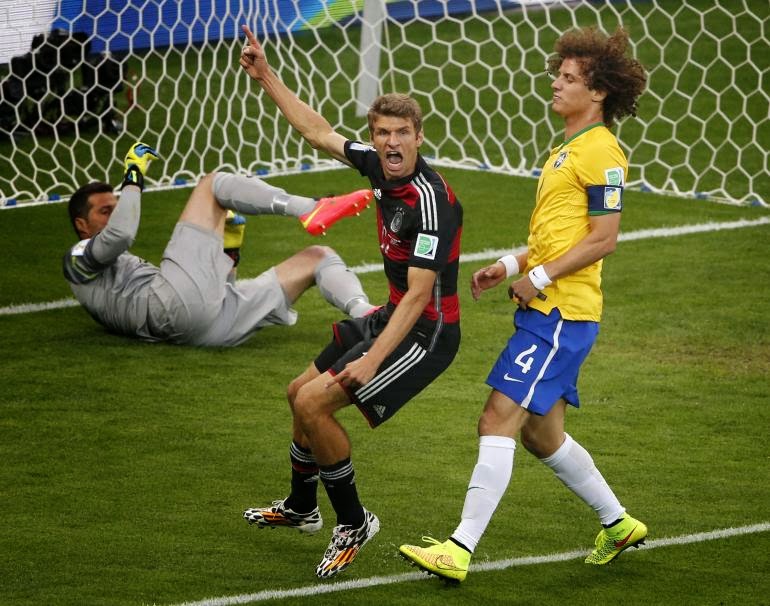 Interesting insight on how Big Data was used by the German football to gain a competitive advantage against their opposing teams. SAP are the developers of the system... expect a commercial version to be available soon.

When not watching their own tapes during the World Cup, the German team was studying up on the performance of its competitors. “We also have a lot of qualitative data for the opposition available,” German team general manager Oliver Bierhoff said in an interview with ESPN this week. “Jérôme Boateng asked to look at the way Cristiano Ronaldo moves in the box, to use another example. And before the game against France, we saw that the French were very concentrated in the middle but left spaces on the flanks because their full-backs didn’t push up properly. So we targeted those areas.” http://blogs.wsj.com/dailyfix/2014/07/10/germanys-12th-man-at-the-world-cup-big-data/