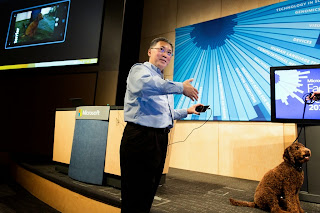 The goal of Project Adam is to enable software to visually recognize any object. It’s a tall order, given the immense neural network in human brains that makes those kinds of associations possible through trillions of connections.

Microsoft resesarcher Trishul Chilimbi works on high performance computing and building large-scale distributed systems. His most recent research with three other colleagues focuses on Project Adam and its object classification, culling a massive dataset of 14 million images from the Web and sites such as Flickr, made up of more than 22,000 categories drawn from user-generated tags.

Using 30 times fewer machines than other systems, that data was used to train a neural network made up of more than two billion connections. This scalable infrastructure is twice more accurate in its object recognition and 50 times faster than other systems.