Innovation in Architecture - Organizations have accepted that "cloud" is the de-facto platform of the future, and the benefits and flexibility it brings have ushered in a renaissance in software architecture. The disposable infrastructure of cloud has enabled the first "cloud native" architecture, microservices. Continuous Delivery, a technique that is radically changing how tech-based businesses evolve, amplifies the impact of cloud as an architecture. We expect architectural innovation to continue, with trends such as containerization and software-defined networking providing even more technical options and capability.

A New Wave of Openness at Microsoft - Whilst Microsoft has dabbled in open-source in the past—including their open-source hosting platform CodePlex—the company's core assets continued to be proprietary and closely guarded secrets. Now, though, Microsoft seems to be embracing a new strategy of openness, releasing large parts of the .NET platform and runtime as open-source projects on GitHub. We're hopeful that this could pave the way to Linux as a hosting platform for .NET, allowing the C# language to compete alongside the current bevy of JVM-based languages.

Security Struggles Continue in the Enterprise - Despite increased attention on security and privacy, the industry hasn't made much progress since the last Radar and we continue to highlight the issue. Developers are responding with increased security infrastructure and tooling, building automated test tools such as the Zed Attack Proxy into deployment pipelines. Such tools are of course only part of a holistic approach to security, and we believe all organizations need to "raise their game" in this space. 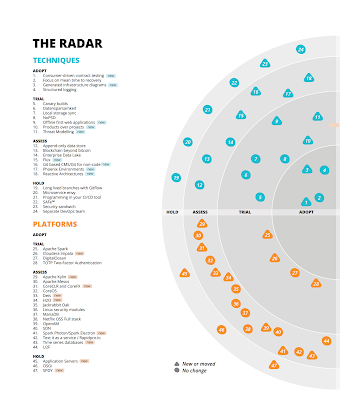 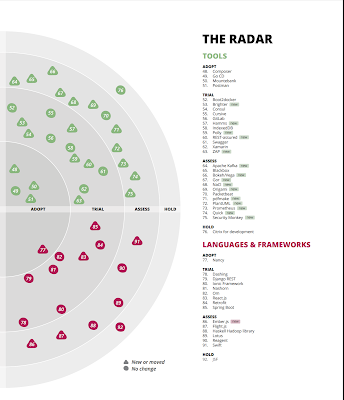